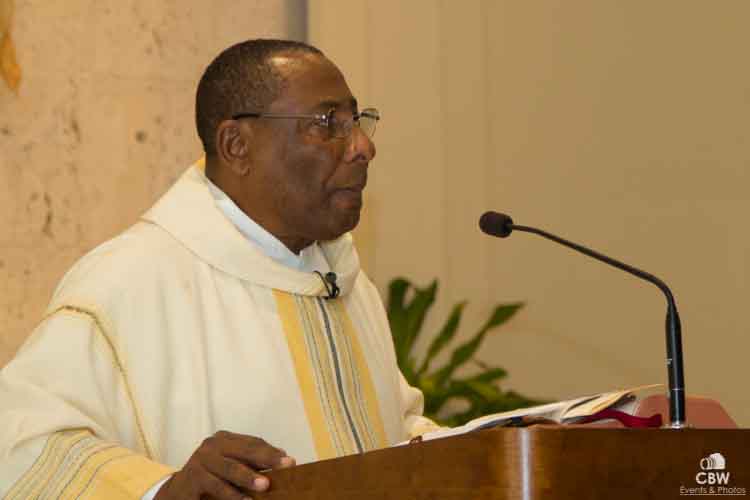 I am the resurrection and the life.

Martha and her sister Mary sent a message to the Lord and told him that his good friend Lazarus was sick. When Jesus heard this, he said, “His sickness won’t end in death. It will bring glory to God and his Son.” Jesus loved Martha and her sister and brother. But he stayed where he was for two more days. Then he said to his disciples, “Now we’ll go back to Judea.” When Jesus got to Bethany, he found Lazarus had already been in the tomb four days. When Martha heard that Jesus had arrived, she went out to meet him, but Mary stayed in the house. Martha said to Jesus, “Lord, if you had been here, my brother would not have died. Yet even now I know that God will do anything you ask.” Jesus told her, “Your brother will live again!” Martha answered, “I know that he will be raised to life on the last day, when all the dead are raised.” Jesus then said, “I am the one who raises the dead to life! Everyone who has faith in me will live, even if they die. And everyone who lives because of faith in me will never die. Do you believe this?” “Yes, Lord!” she replied. “I believe that you are Christ, the Son of God. You are the one we hoped would come into the world.” Many people had come to comfort Mary, and when they saw her quickly leave the house, they thought she was going out to the tomb to cry. So they followed her. Mary went to where Jesus was. Then as soon as she saw him, she kneeled at his feet and said, “Lord, if you had been here, my brother would not have died.” When Jesus saw that Mary and the people with her were crying, he was terribly upset and asked, “Where have you put his body?” They replied, “Lord, come and you will see.” Jesus started crying, and the people said, “See how much he loved Lazarus.” Some of them said, “He gives sight to the blind. Why couldn’t he have kept Lazarus from dying?” Jesus was still terribly upset. So he went to the tomb, which was a cave with a stone rolled against the entrance. Then he told the people to roll the stone away. But Martha said, “Lord, you know that Lazarus has been dead four days, and there will be a bad smell.” Jesus replied, “Didn’t I tell you that if you had faith, you would see the glory of God?” After the stone had been rolled aside, Jesus looked up toward heaven and prayed, “Father, I thank you for answering my prayer. I know that you always answer my prayers. But I said this, so that the people here would believe that you sent me.” When Jesus had finished praying, he shouted, “Lazarus, come out!” The man who had been dead came out. His hands and feet were wrapped with strips of burial cloth, and a cloth covered his face. Jesus then told the people, “Untie him and let him go.” Many of the people who had come to visit Mary saw the things that Jesus did, and they put their faith in him.