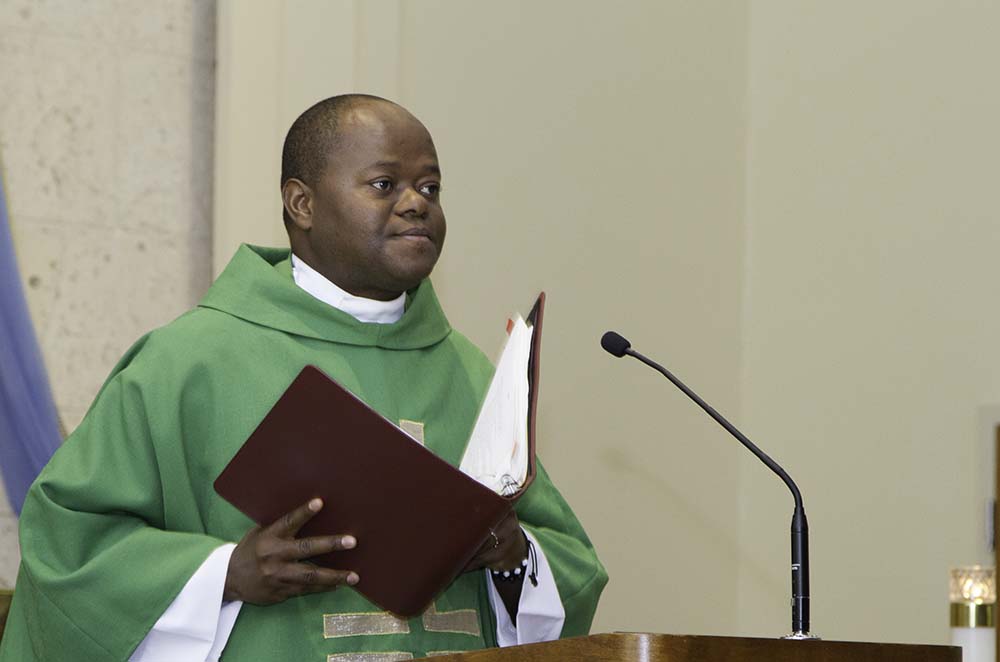 They saw where Jesus lived, and they stayed with him.
† A reading from the holy gospel according to John 1:35-42
On one occasion John was with two of his followers. When he saw Jesus walking by, he said, “Here is the Lamb of God!” John’s two followers heard him, and they went with Jesus.
When Jesus turned and saw them, ‘ he asked, “What do you want?”
They answered, “Rabbi, where do you live?” The Hebrew word “Rabbi” means “Teacher.”
Jesus replied, “Come and see!” It was already about four o’clock in the afternoon when they went with him and saw where he lived. So they stayed on for the rest of the day.
One of the two men who had heard John and had gone with Jesus was Andrew, the brother of Simon Peter. The first thing Andrew did was to find his brother and tell him, “We have found the Messiah!” The Hebrew word “Messiah” means the same as the Greek word “Christ.”
Andrew brought his brother to Jesus. And when Jesus saw him, he said, “Simon son of John, you will be called Cephas.” This name can be translated as “Peter.” and will praise your Father in heaven.”
The gospel of the Lord.