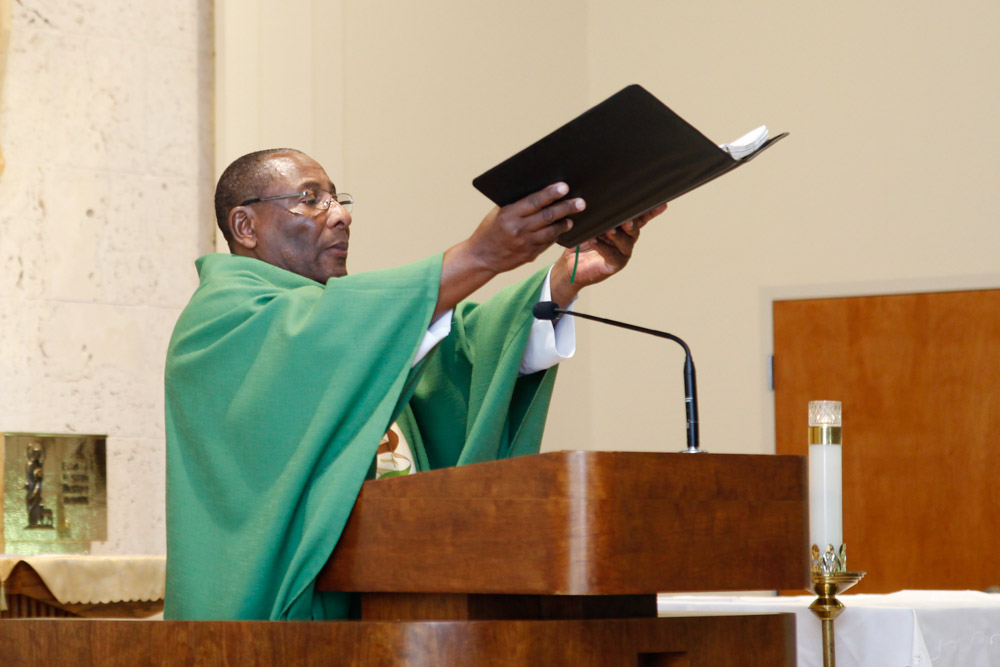 Anyone who is not against us is for us.
now he is comforted while you are in agony.

† A reading from the holy gospel according to Luke 16:19-31
Jesus told his disciples this story:
“There was once a rich man who wore expensive clothes
and every day ate the best food.
But a poor beggar named Lazarus
was brought to the gate of the rich man’s house.
He was happy
just to eat the scraps that fell from the rich man’s table.
“His body was covered with sores,
and dogs kept coming up to lick them.
The poor man died,
and angels took him to the place of honor next to Abraham.
“The rich man also died and was buried.
He went to hell and was suffering terribly.
When he looked up and saw Abraham far off and Lazarus at his side,
he said to Abraham, ‘Have pity on me!
Send Lazarus to dip his finger in water and touch my tongue.
I’m suffering terribly in this fire.’
“Abraham answered,
‘My friend, remember that while you lived,
you had everything good,
and Lazarus had everything bad.
Now he is happy, and you are in pain.
And besides, there is a deep ditch between us,
and no one from either side can cross over.’
“But the rich man said,
‘Abraham, then please send Lazarus to my father’s home.
Let him warn my five brothers,
so they won’t come to this horrible place.’
“Abraham answered,
‘Your brothers can read what Moses and the prophets wrote.
They should pay attention to that.’
“Then the rich man said, ‘No, that’s not enough!
If only someone from the dead would go to them,
they would listen and turn to God.’
“So Abraham said,
“If they won’t pay attention to Moses and the prophets,
they won’t listen even to someone who comes back from the dead.’”