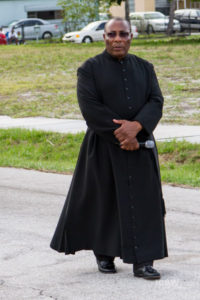 sormeaux was born in Hinche, Haiti on February 17, 1950 to Idalia Jean-Baptiste and Joseph Eudoxy Desormeaux. After graduating from Saint-John University in New York, he moved to Canada where he attended the University of Toronto to further his education in Theology.

On August 21, 1982 Roland Desormeaux was ordained priest in Toronto, Canada where he briefly ministered in a multi-ethnic Parish. Later, he went to Brooklyn New York, there he established a vibrant Haitian community of Faith and Love at the Saint Therese of Lisieux Parish (Little Flower).